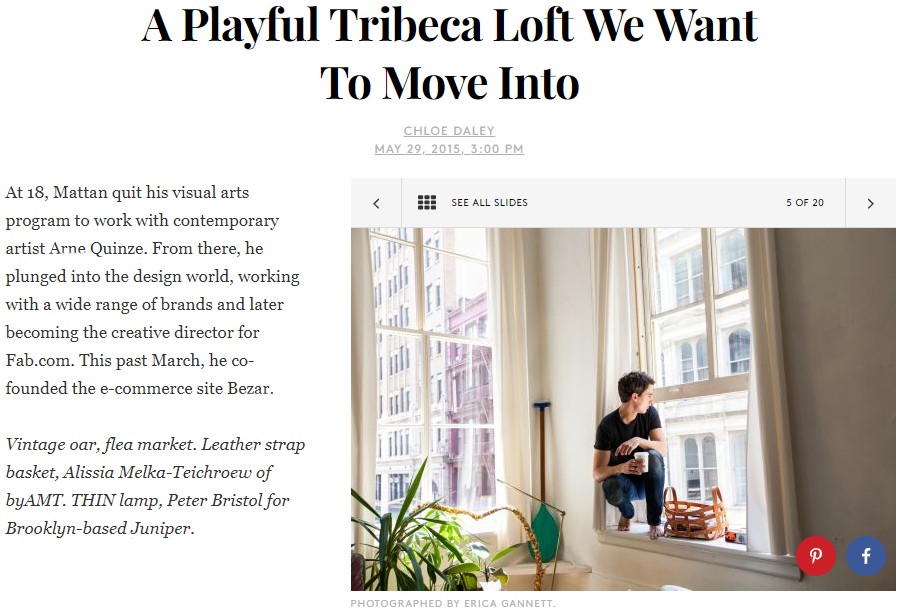 Stepping into Studio Mattan‘s Creative Director’s home, PieterJan Mattan‘s TriBeca loft is a complete walkthrough of his eclectic style. Bringing nothing but his dream to New York from Belgium, PieterJan established an open space he is proud to call home. Refinery29 featured his playful space and showed a glimpse of his very own THIN Task Lamp.

Inside The 200-year-old Loft

Knowing that New York apartments are usually conservative in space, guests are immediately captured by PieterJan’s 18-foot ceiling, allowing him to situate a 12-foot teepee in his living space and 6 tall windows. Diving into the design world, his loft’s curated interior is no question. He intertwined his love for eclectic designs with his obsession over anything aerial—like suspending a massive remote-controlled airplane above his dining space, which used to be Jack Spade‘s prop in SoHo, Manhattan.

From handmade rugs to handmade lighting, PieterJan’s home has it all. In a corner of his living space stands a Tall THIN Task Lamp in Satin Brass, designed by Peter Bristol for Juniper. With the assortment of furniture in his loft, a minimal fixture becomes a noticeable piece. The THIN Task Lamp boasts a 1/2-inch diameter segment and an articulating hinge to allow for full controllability. It further exhibits its adjustability with its ball joint that sits atop a durable cast iron base. 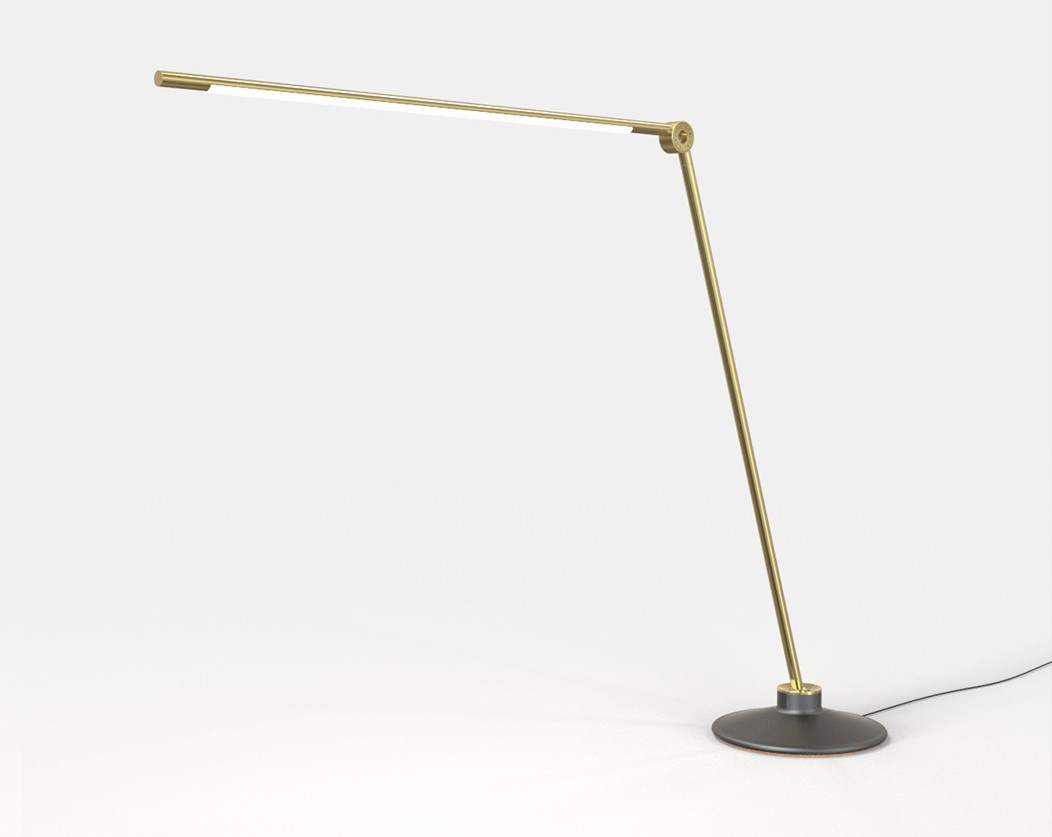 Where to Find Minimal Lighting

Juniper is a manufacturer of handmade lighting that delivers minimal and luxurious fixtures all over the world. Our reductive designs can effortlessly embellish any modern residential, contemporary, and hospitality spaces. Feel free to browse all of our designs on our website. For questions or lighting solution recommendations, please get in touch with our sales team directly.