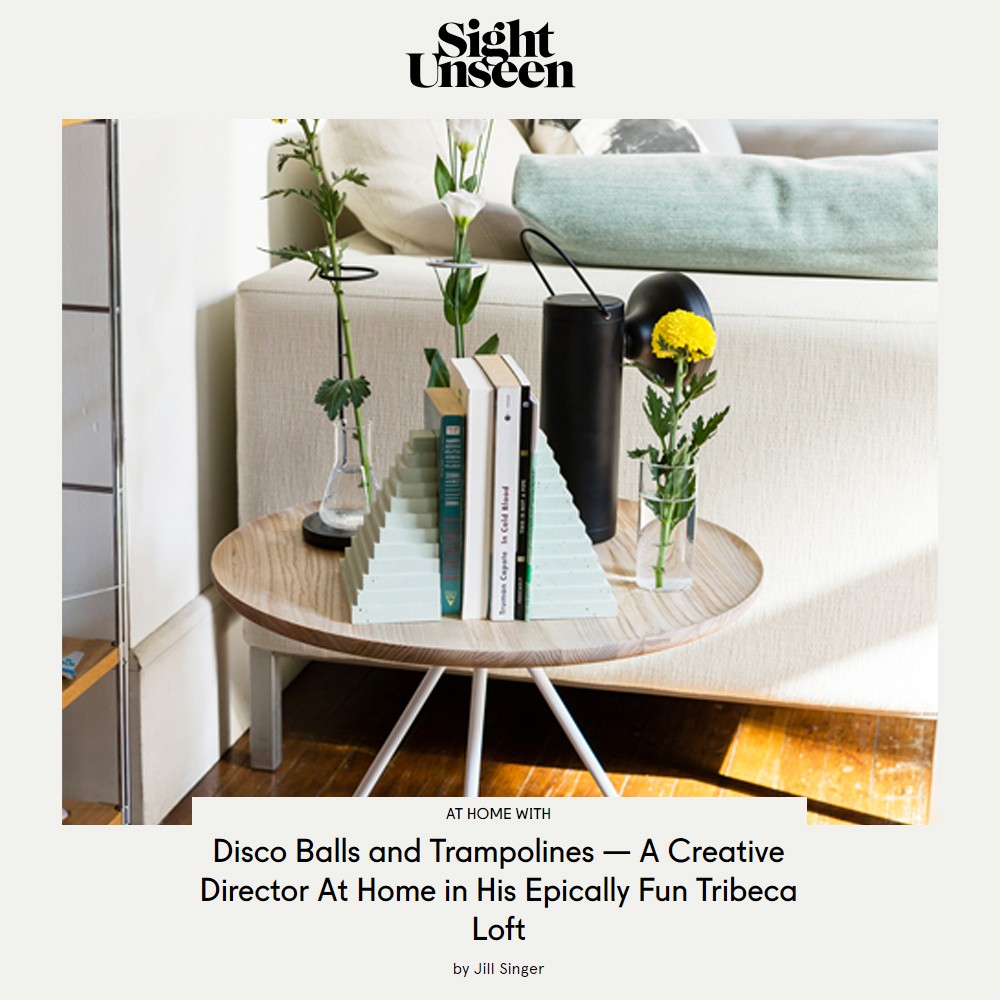 PieterJan Mattan‘s TriBeca apartment was a happenstance when his friend decided to relocate. Since the takeover, he liberally revamped the space according to his eclectic style. PieterJan’s loft has been continually featured in several press highlights, including Refinery29 in 2015 until today in Sight Unseen.

What Used to be PieterJan’s TriBeca Apartment

From an old umbrella factory next to horse-saddle and typewriter factories, PieterJan’s TriBeca apartment was also a former neighbor to Mudd Club. It was a popular nightclub in the 80’s where one would often spot prominent artists such as Andy Warhol, Jean-Michel Basquiat, and then-girlfriend Madonna.

How the Decoration Began

Barely starting a design career in New York, PieterJan decorated his loft gradually. He initially settled for inflatables which he utilized as regular furniture. Only when he began working with Fab was he able to incorporate his dynamic aesthetics into his interior. Directing photo shoots and other creative gigs gave him the opportunity to bring home props that he later used as decorative pieces throughout his contemporary space.

Standing in a mid-century modern end table is our M Lamp in Matte Black. PieterJan maximized the portable lamp’s sleek design by putting it next to his books, making it a quick lighting solution when reading. Its lantern head rotates a full 360° for more controlled lighting direction.

Where to Find the M Lamp

Juniper is a leading lighting manufacturer in New York that assembles modern fixtures by hand. The M Lamp, designed by David Irwin, is among our range of designs that can be browsed on our website. Please feel free get in contact with our sales team for questions about the M Lamp or to order directly.