A newly-renovated office calls for freshly-developed LED lighting, which is why David Meckley of Huntsman Architectural Group partnered with us to design a custom fixture for his project. Once a 1960s rock venue in San Francisco, the Avalon Ballroom was recently renovated into Argonaut‘s new office space for creative advertising. With its history in mind, David Meckley and his team designed an updated workspace with vintage nods and preserved architecture.

For the central workspace, THIN Task Lamps, designed by Oculus’ head industrial designer Peter Bristol, were mounted to desks for a more efficient working environment. Over 40 THIN Task Lamps were used to bring minimal, yet functional, lighting to each individual’s workspace. David Meckley and the team designed an intricately modern design influenced by the rock n’ roll era, Bauhaus aesthetic, and nautical inspiration. Together, the influences combined seamlessly to form the Metropolis Wall-to-Wall System, adorned in the modern conference room above a large live-edge table. Stunning architectural features such as arched windows and perfectly placed moldings enhance the space’s modernity and luxury. Varying shades of gray add to the crisp design while encompassing the modern office aesthetic throughout. 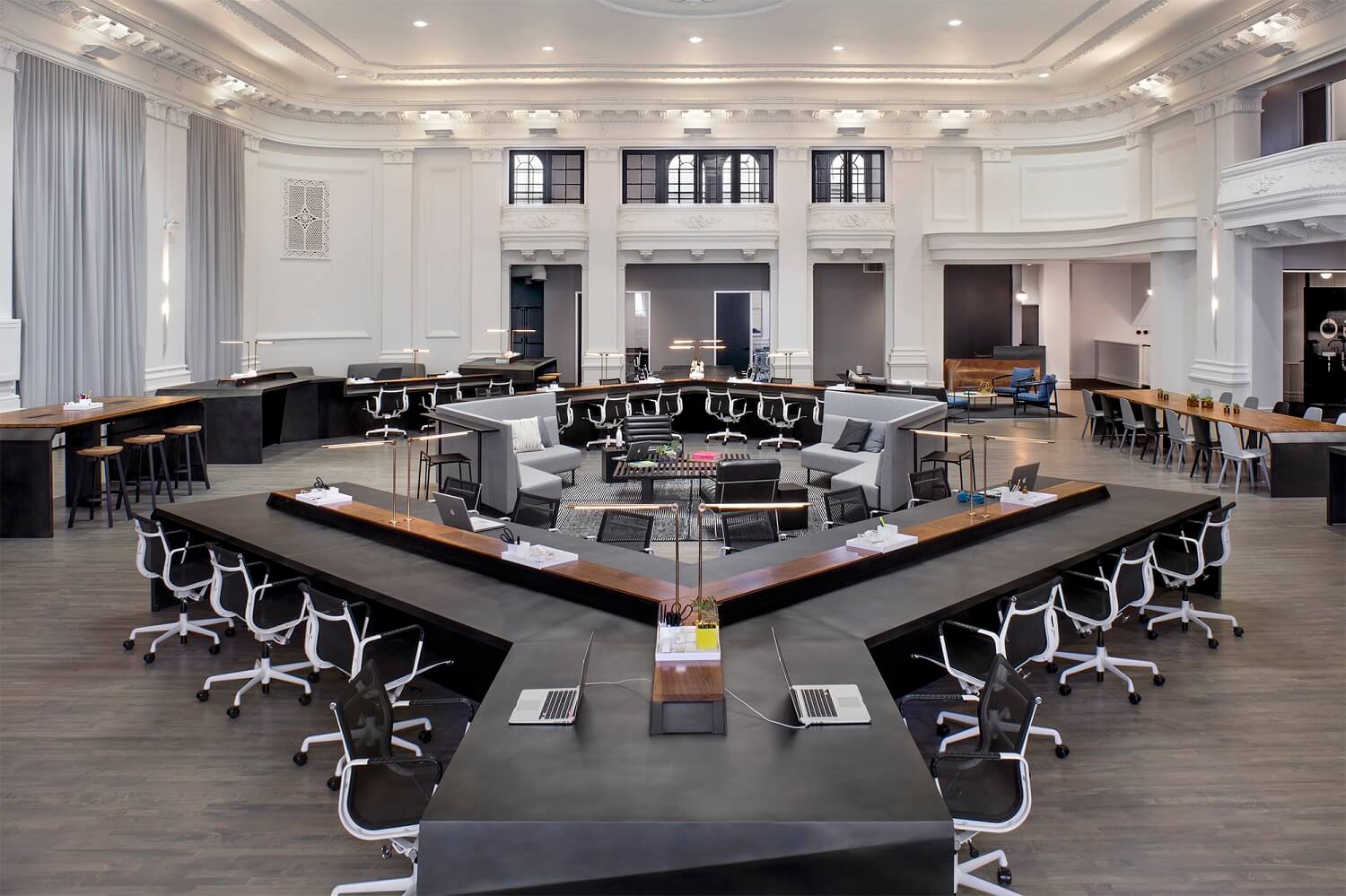 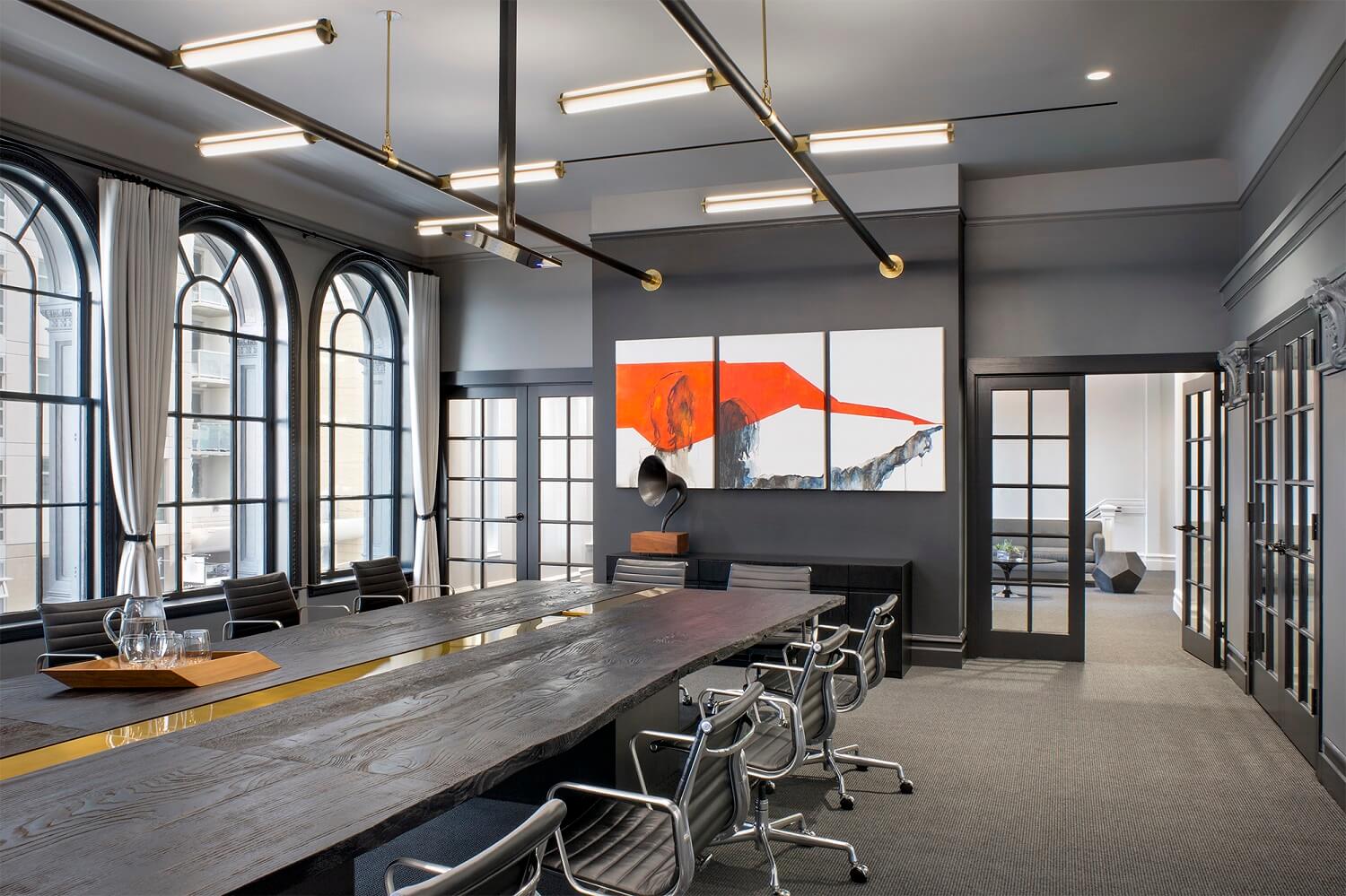 The Metropolis Wall-to-Wall is a high-output LED system that can be fitted to any space. Intended to be more than just a dynamic lighting installation, we made sure that the fixture utilized form and function. The Metropolis Collection, as a whole, was made to illuminate areas large and small, with the ability to dim or brighten direct and indirect light.
The Metropolis Wall-to-Wall features light modules that stem out from a central matte black beam. The beam mounts to parallel walls and can be sized to fit any length. Since launching this design as an official Juniper fixture, we’ve developed corner pieces to configure custom shapes, and have released a ceiling-mounted option if walls are not parallel.

Since its release, the custom-made LED lighting system has developed into its own collection, blossoming into the Metropolis Suspension and Metropolis Wall Sconce. 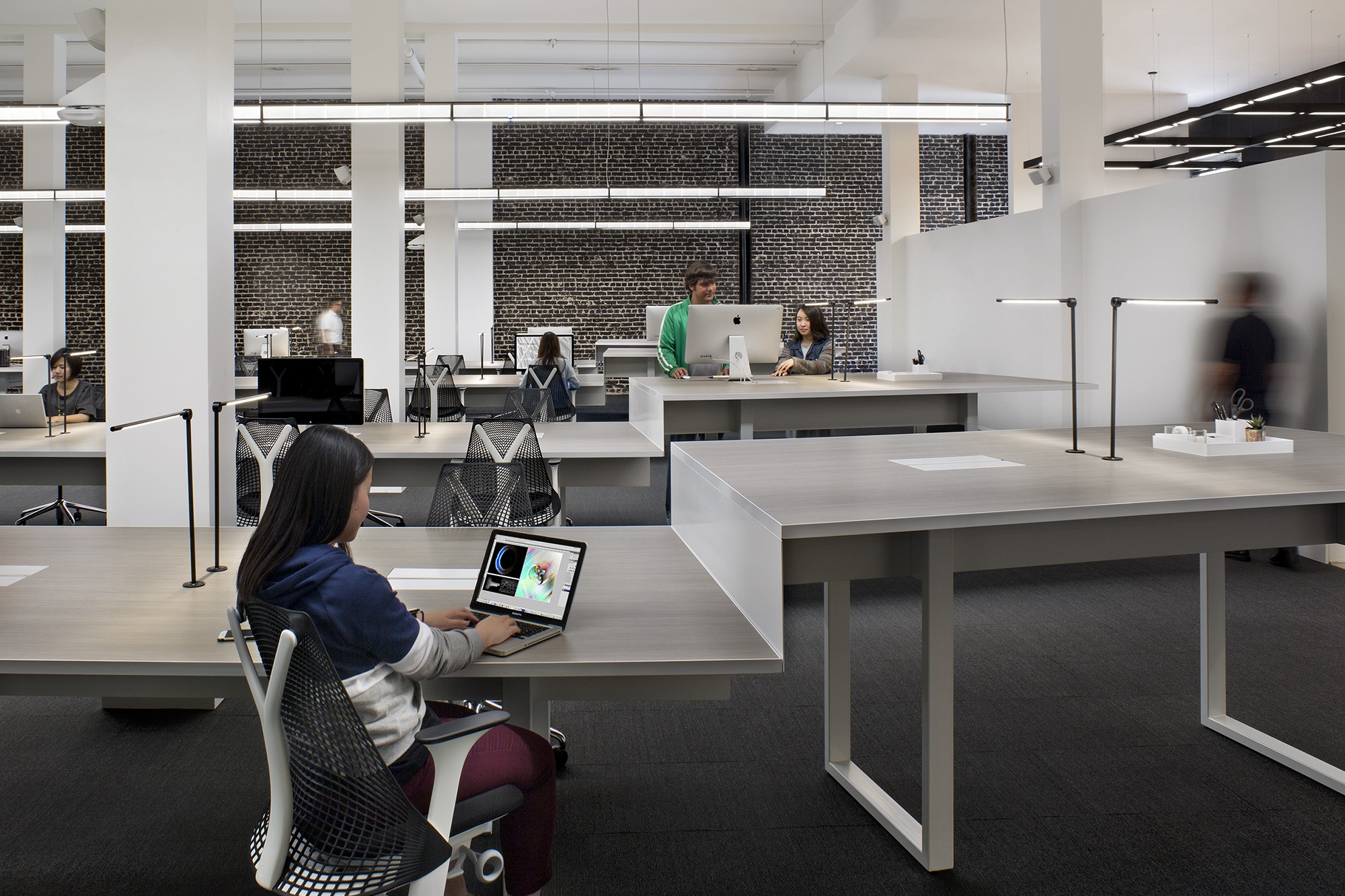